Cryptocurrencies such as Bitcoin have been in the news a lot lately. If you are like most people, though, you don't know much about how these digital currencies work.

Cryptocurrency has inserted itself into mainstream consciousness in a big way over the last year. As the world economy sputters due to the effects of bad monetary policies and the aftermath of COVID-19, cryptocurrency has made its way into both individual and institutional portfolios.

Many Americans have heard of cryptocurrencies, particularly Bitcoin, but most of us don’t know much about it.
Cryptocurrency remains shrouded in mystery. It is often perceived as being too technical for most people or a passing fad to be avoided.

The average retiree and pre-retiree have ignored emerging crypto technology altogether, adhering to Warren Buffet’s advice to “never invest in anything you don’t understand.”

However, many financial experts believe that decentralized cryptocurrencies like Bitcoin are the future of money, holding the keys to a more prosperous, fair economy. 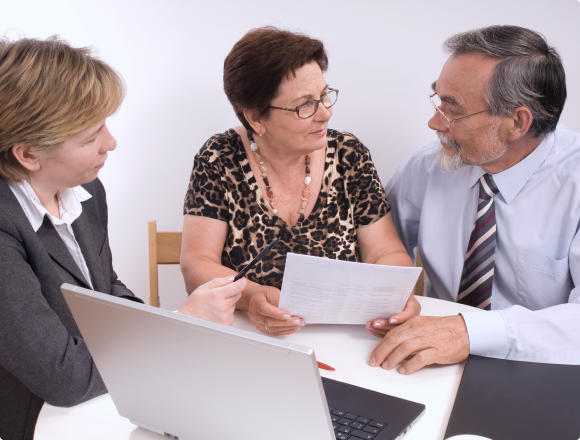 In this article, I won’t attempt to unpack the many technical details that go into making a viable cryptocurrency. Instead, I’ll keep it as simple as possible.

Essentially, cryptocurrency is a new type of digital payment and currency system that can be exchanged online for goods and services.

Many companies that accept digital currencies have created their own, sometimes referred to as “tokens.” Tokens can be traded specifically for that particular company’s goods and services, much like casino chips or arcade tokens. You exchange real currency, like dollars, for cryptocurrency to purchase goods or services.

Built on something called the “blockchain,” a technology spread across many computers that manages and record transactions, cryptocurrencies live on a digital ledger. Some tout this ledger as being more secure and private. An additional benefit is that the platform is both decentralized and open source.

Such decentralization means that cryptocurrencies are not subject to manipulation by central banks.
Cryptocurrency’s method of transferring money is poised to replace things such as checking accounts and credit cards.

How does it work in the real world?

Cryptocurrency is the first accounting system that doesn’t belong to any country, bank, or government institution.

Built around a growing list of digital records, called blocks, and linked via cryptography, cryptocurrencies are highly resistant to data modification. These blocks utilize peer-to-peer networks that collectively adhere to specific protocols. There is no retroactive alteration of transactions, nor can coins be added to the system without the entire network knowing about it.

Because cryptocurrency belongs to no one, it’s verifiable by everyone. Credits of value, such as Bitcoin, are stored on a digital ledger shared and instantly verified with everyone on the blockchain. Everyone has a stake in maintaining the integrity of the system.

Bitcoins and all that

You may have seen photos or illustrations of “bitcoins.” However, it’s essential to understand that bitcoin isn’t an actual coin. Instead, a bitcoin is a block of pieces of value known as “bits.” A bitcoin is a term that means one million bits.

Bitcoins are one of the earliest and most well-known viable cryptocurrencies. While the idea of developing a more decentralized, democratic kind of currency has been in play for years, a viable version of blockchain technology wasn’t invented until around twelve years by a still- anonymous person or persons going by the pseudonym “Satoshi Nakamoto.” This early version of the blockchain produced Bitcoin.

One reason for the recent interest in Bitcoin, which saw its’ value set records in 2020, is that only a limited quantity can ever be created. That number is fixed, meaning that Bitcoin and other digital currencies become more valuable when demand is high.

Making banking cheaper and more efficient Large banks and institutions such as the Federal Reserve have moved from seeing cryptocurrency as a threat to investing large amounts of money in the technology.

While it’s true that blockchain technology can replace some banking functions, such as electronic payments and checks, banks realize that they can also benefit. A world-wide transaction ledge that everyone trusts can allow banks to transfer funds in minutes, rather than in days, for little to no cost.

Banks, who are typically suspicious of change, now understand that they must adapt to operate more efficiently and offer more value to their customers. Blockchain technology may offer them a way to do just that.

What you should consider before investing in digital currency.

If you are looking into adding cryptocurrency to your current portfolio, you must proceed with caution.

You must remember that this is a new technology that is virtually unregulated. There is always the possibility that technologically-savvy “bad actors” could compromise the blockchain or commit fraud. Governments could also enact detrimental regulations that cause cryptocurrencies to lose value.

While it is accepted by more merchants than ever, cryptocurrency is not legal tender in any country. It will probably take years before you can pay your parking tickets, property taxes, or IRS bill with cryptocurrency.

Another thing to realize is that, although it may well change the entire paradigm of the financial system, cryptocurrency is still extremely volatile.

While your eyes might glaze over if you get too deep into the technical weeds, you should at least learn the basics before getting involved in cryptocurrency. Don’t even think of putting your hard-earned cash into crypto until you’ve had a long conversation with your trusted money expert or a cryptocurrency specialist.

It would help if you also did as much research as possible. There are many videos, podcasts, and articles available outlining the pros and cons of having cryptocurrency.

To sum it up. Cryptocurrency is fast entering the financial mainstream. Cryptocurrency’s method of transferring money is poised to replace things such as checking accounts and credit cards.

For some people, adding cryptocurrency to a portfolio may have benefits. However, it would help if you remembered that crypto is an emerging technology with potential volatility. Partner with your financial advisor and cryptocurrency expert to ensure you understand all the pros and cons.

Low to zero interest rates impact retirees and those about to retire.

If you are disabled before retirement, should you retire early or apply for Social Security disability?

A few things your financial advisor may not be telling you.

Stay in the loop with AFG updates

Investment advisory services offered by duly registered individuals through MariPau Wealth Management, LLC. MariPau Wealth Management, LLC is an investment advisor registered with the United States Securities and Exchange Commission. The firm may not transact business in states where it is not appropriately registered, excluded or exempted from registration. Accordingly, this website is neither a solicitation nor an offer to sell investment advisory services except in jurisdiction(s) where we are appropriately registered, excluded, or exempt from registration. Please note that the use of the term “registered” to refer to our firm and/or our associated persons does not imply any particular level of skill or training. You are encouraged to review a copy of our Form ADV Part 2A Firm Brochure and our Form ADV Part 3 Client Relationship Summary for more information regarding our firm and our advisory services. Copies of these documents are available free of charge at the following link (https://adviserinfo.sec.gov/firm/summary/311934).

Our Client Relationship Summary is also available here [https://s3.amazonaws.com/static.contentres.com/media/documents/350836fc-1b0f-4434-bdb2-1536050b034f.pdf]. We enter into an advisor-client relationship with our clients only after they have executed a written investment advisory agreement with our firm and have been provided with a copy of our Firm Brochure, Client Relationship Summary, and privacy policy. Abrahamsen Financial Group and MariPau Wealth Management, LLC are not affiliated entities

This website is for informational purposes only. All information, statements, and opinions contained on this website regarding the securities markets or other financial matters is obtained from sources which we believe to be reliable and accurate. However, we do not warrant or guarantee the timeliness, completeness, or accuracy of any information presented herein. Past performance is not indicative of future results. Investing in securities involves the risk of loss, including the risk of loss of principal, that clients should be prepared to bear. The information on this website is not intended as personalized investment, tax, or legal advice and we do not provide any tax or legal advice to clients. You should consult with your independent investment, legal and/or tax professionals with respect to your individual financial situation and investment needs before considering any investment or course of investments.

Your personal data is protected by AES 256-bit encryption.

Do you have a relationship with a financial advisor?

Select one of the following as it applies to you:

Thanks for your interest
in Money Rules Workbook!

Reach out for a media appearance

We appreciate your request!

A member of our team will respond within 24 hours