Low to zero interest rates impact retirees and those about to retire.

The economic upheaval of the pandemic could empty the Social Security Trust Fund sooner than expected.

There’s no doubt that we are just seeing the beginning of economic fallout resulting from severely curtailed economic activity due to the COVID crisis.

Retirees and those about to retire are feeling the economic stress from COVID. This is especially true for seniors who were still working before the crisis. Many of them depended on that additional income for daily living expenses and for growing their nest eggs.

According to a Census Bureau survey, around 40% of people in their 60’s reported that they had lost wages since the pandemic started. Millions of households with older adults see drops in income that will severely impact them as they try to save for retirement. 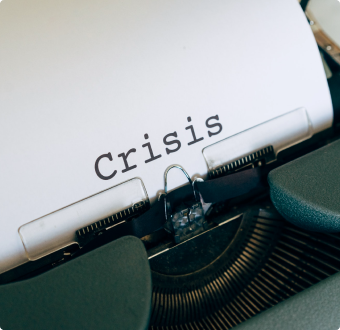 Low interest could be bad news for retirees.

Along with the unexpected loss of earnings, there other consequences of COVID-19 monetary policies, such as long periods of low to zero interest rates.

The Federal Reserve recently signaled that it would keep interest rates near zero until at least 2023. Lower interest rates have particularly troubling implications for seniors.

Middle-class seniors, many of whom depend on savings and investments for retirement, are disproportionately impacted when rates are kept low.

Some of the unintended consequences of lower to zero interest rates include:

Less money in retirement portfolios – Perhaps the most immediately-felt result of a low interest-rate environment is that retirees and retirees earn less from their portfolios. The reaction to this decline in income is predictable and ultimately understandable. Many seniors begin chasing after returns and exposing too much of their money to risk.

Faster depletion of savings – Another thing that happens is that when retirees can’t enough interest income on their money in CDs or savings accounts, they tend to pull out that money for daily living expenses, to pay off debt, or to put into alternative investments. Banks then lose a substantial amount of deposits, which could mean more trouble for the economy as a whole.

Pensions get into more trouble – Thousands of seniors look to private and state pension plans as their primary source of retirement income. The problem is that a large proportion of these pensions were struggling years before COVID-19. Many funds lacked money to make the payouts promised to workers.

Collectively, pensions are said to be underfunded by nearly $4.4 trillion. Lower interest rates make it virtually impossible for pensions to earn enough from investments to meet their obligations. Pension plans can also feel pressured to chase after returns, putting money into riskier asset classes and unproven products.

Social Security is taking a hit – According to the Wharton School at the University of Pennsylvania, the pandemic may cause the Social Security Trust Fund to run out of money by 2029, five years earlier than previously predicted. This shortfall could happen due to high unemployment, which caused a sharp decline in the payroll taxes that keep Social Security afloat. Another situation putting pressure on Social Security is that many people laid off due to COVID are claiming benefits sooner than full retirement age(FRA). Not only do early claimants stress the system, but people forced to claim benefits early will also experience a lower payout, around 7-8%, for the rest of their lives, potentially lowering their standard of living when they retire.

Low interest can cause a “liquidity trap.” – Ordinarily, low interest rates encourage people to borrow to purchase homes, cars, rental properties, and other financed items. These loans theoretically inject money into the system and stimulate economic activity. However, too much money in an economy can result in inflation or even deflation. Inflation, of course, reduces a retiree’s purchasing power at a time when they need it most.

There are many implications arising from lower returns on investments, both for individuals and institutions. Low or negative rates mean that people tend to save less, dip into retirement funds, collect Social Security early, and chase after riskier investments that could wipe out their savings altogether.

Low returns on investments essentially function as a tax on those who no longer receive paychecks. Retirees, who previously relied on laddered bonds and annuities or small market investments, can no longer live off those returns alone. In response to this situation, people may save less, pursue riskier investments, and purchase fewer consumer products and services.

The critically-necessary buildup of savings needed to create more prosperous retirements is just not happening in the post-pandemic world. As occurred in the 2008-09 global economic meltdown, retirees, savers, insurance providers, and pension funds bear the brunt of the downturn. If the labor market does not recover reasonably soon, I expect early withdrawals from Social Security and qualified accounts such as IRAs and 401(k)s to increase.

What should you do if you are at or near retirement?

If you are senior facing retirement challenges due to COVID-19, make an appointment with my office as soon as possible. Before making mistakes with your money from which your current time horizon will not allow you to recover, we can examine all potential solutions and strategies.

Don’t make any decisions with your retirement money until you’ve done adequate due diligence and research and have spoken with a trusted advisor.

If you are disabled before retirement, should you retire early or apply for Social Security disability?

A few things your financial advisor may not be telling you.

Stay in the loop with AFG updates

Investment advisory services offered by duly registered individuals through MariPau Wealth Management, LLC. MariPau Wealth Management, LLC is an investment advisor registered with the United States Securities and Exchange Commission. The firm may not transact business in states where it is not appropriately registered, excluded or exempted from registration. Accordingly, this website is neither a solicitation nor an offer to sell investment advisory services except in jurisdiction(s) where we are appropriately registered, excluded, or exempt from registration. Please note that the use of the term “registered” to refer to our firm and/or our associated persons does not imply any particular level of skill or training. You are encouraged to review a copy of our Form ADV Part 2A Firm Brochure and our Form ADV Part 3 Client Relationship Summary for more information regarding our firm and our advisory services. Copies of these documents are available free of charge at the following link (https://adviserinfo.sec.gov/firm/summary/311934).

Our Client Relationship Summary is also available here [https://s3.amazonaws.com/static.contentres.com/media/documents/350836fc-1b0f-4434-bdb2-1536050b034f.pdf]. We enter into an advisor-client relationship with our clients only after they have executed a written investment advisory agreement with our firm and have been provided with a copy of our Firm Brochure, Client Relationship Summary, and privacy policy. Abrahamsen Financial Group and MariPau Wealth Management, LLC are not affiliated entities

This website is for informational purposes only. All information, statements, and opinions contained on this website regarding the securities markets or other financial matters is obtained from sources which we believe to be reliable and accurate. However, we do not warrant or guarantee the timeliness, completeness, or accuracy of any information presented herein. Past performance is not indicative of future results. Investing in securities involves the risk of loss, including the risk of loss of principal, that clients should be prepared to bear. The information on this website is not intended as personalized investment, tax, or legal advice and we do not provide any tax or legal advice to clients. You should consult with your independent investment, legal and/or tax professionals with respect to your individual financial situation and investment needs before considering any investment or course of investments.

Your personal data is protected by AES 256-bit encryption.

Do you have a relationship with a financial advisor?

Select one of the following as it applies to you:

Thanks for your interest
in Money Rules Workbook!

Reach out for a media appearance

We appreciate your request!

A member of our team will respond within 24 hours